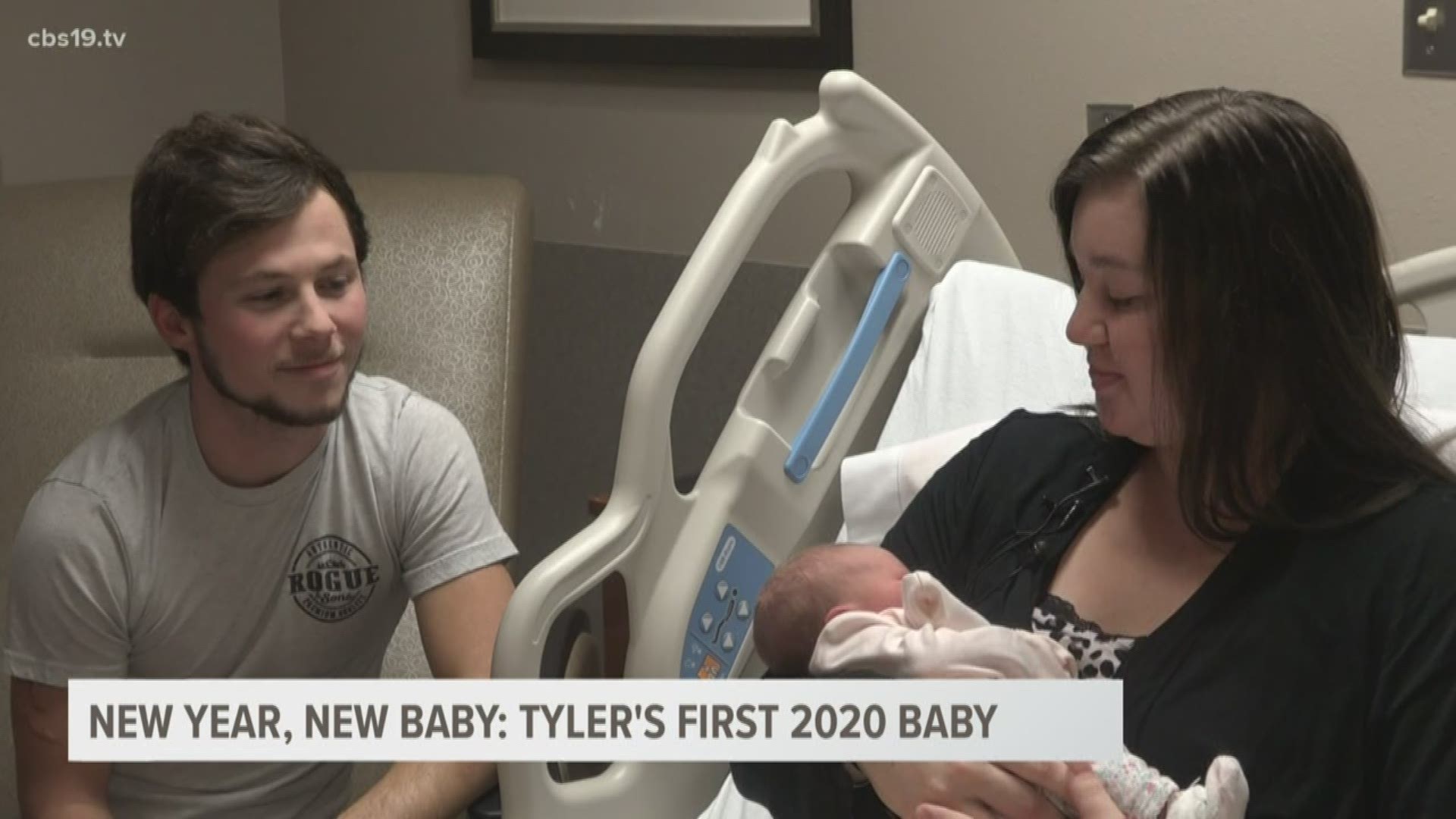 TYLER, Texas — A Mineola couple's lives are forever changed as they welcomed their first child into the world 10 minutes into the new year.

“[I'm] very relieved," said the baby's mother Madison Hawkins. "I feel like I can breathe. I was so worried that every time I went to the doctor, something was going to be wrong, something bad was going to happen."

Her daughter, Lyla Nicole Richardson was born at CHRISTUS Trinity Mother Frances Hospital at 12:10 a.m. on New Year's Day. Her parents say she is the sweetest surprise.

"My due date wasn’t actually until January 16," Hawkins said. "I was 37 weeks and five or six days."

"We were actually talking less than a couple of hours before about going to a friend's house for a bonfire, and then, here we are," said father Drew Richardson, as he held Lyla in his arms.

Lyla is the first child of Drew and Madison.

"[It's] hard to put words to it," said Drew. "It's nothing like I've ever experienced before."

When it was time to choose a name for their newest addition, Madison says the decision was made prior to Lyla's conception.

“The series, ‘Friday Night Lights’ on Netflix," Hawkins said. "I’ve always loved that name. When we first got together, like a year into our relationship, we actually picked a girl name out and a boy name out. He liked that name. I got to pick the first name, and he picked Nicole as the middle name, which is my middle name.”

As she held her new baby, there was only one word the first-time mother used to describe her daughter.