The peak fall bird migration season has started in Texas. Here's how you can help:

'Lights Out' is a movement focused on reducing light pollution during peak bird migration periods in Spring and Fall. 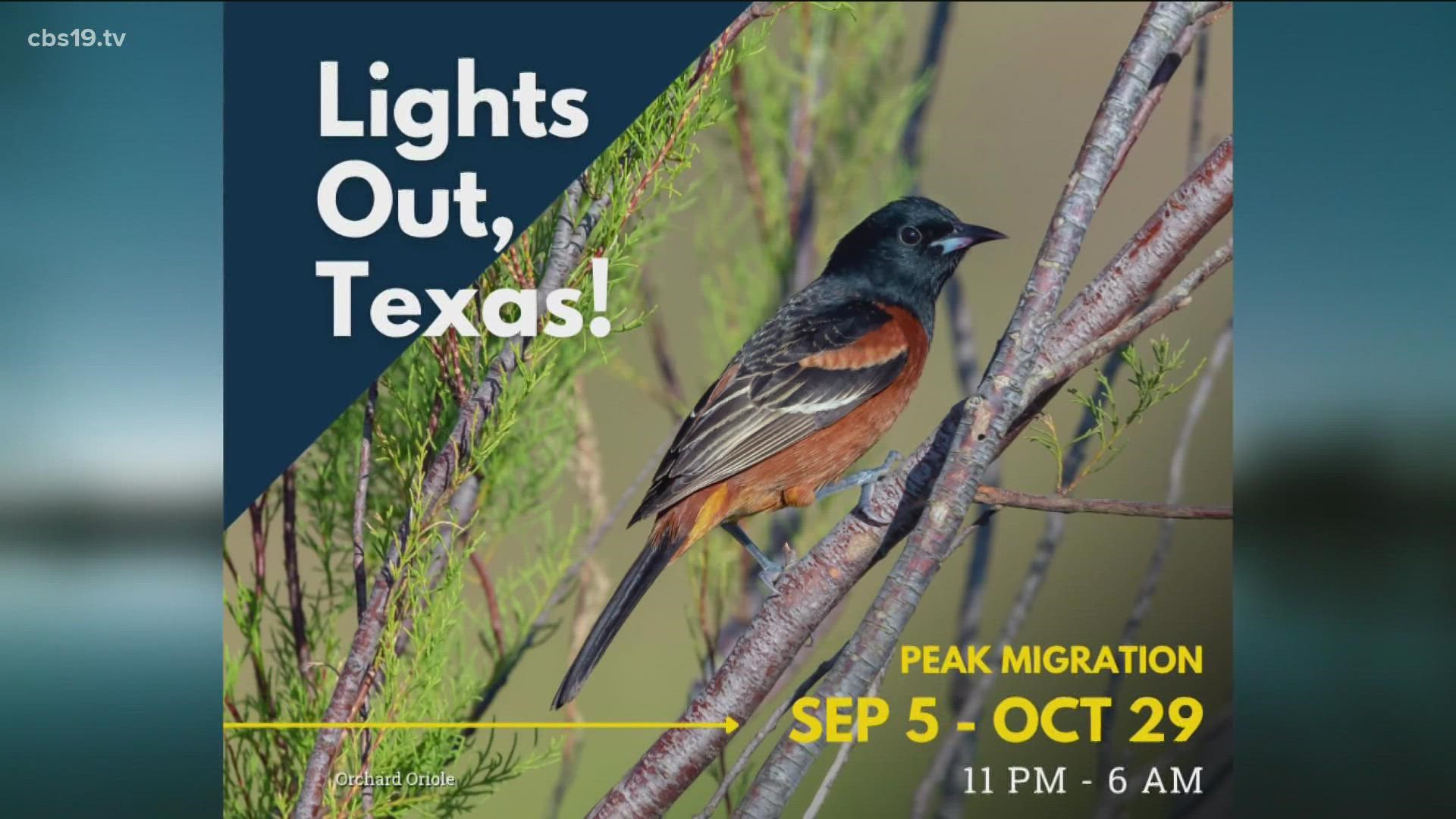 TYLER, Texas — Twice a year, billions of birds fly over Texas as part of their migration patterns. During the fall season, migratory songbirds fly south seeking out warmer temperatures in the lower latitudes.

According to experts, artificial light can confuse or disorient these birds that naturally depend on light from the stars for navigation.

Experts with the Lights Out Texas campaign say the fall migratory period began August 15, 2021, but early September into late October are the months that fall under a "critical peak migration period".

BirdCast Project Leader Julia Wang says that during the critical peak migration period, the Lone Star State can play an important role when it comes to reducing migratory bird mortalities.

Residents and businesses are encouraged to turn off non-essential lights from 11 p.m through 6 a.m. during the peak migration period from September 5 to October 29.

Participants can certify their home, business or building as part of the Lights Out for Wildlife by visiting this free website through the Texas Conservation Alliance.

Texan by Nature and The Cornell Lab of Ornithology coordinate the Lights Out Texas efforts across the State.