Construction can be spotted going on across the City of Jacksonville from new businesses, restaurants, to the Public Safety Complex and more. 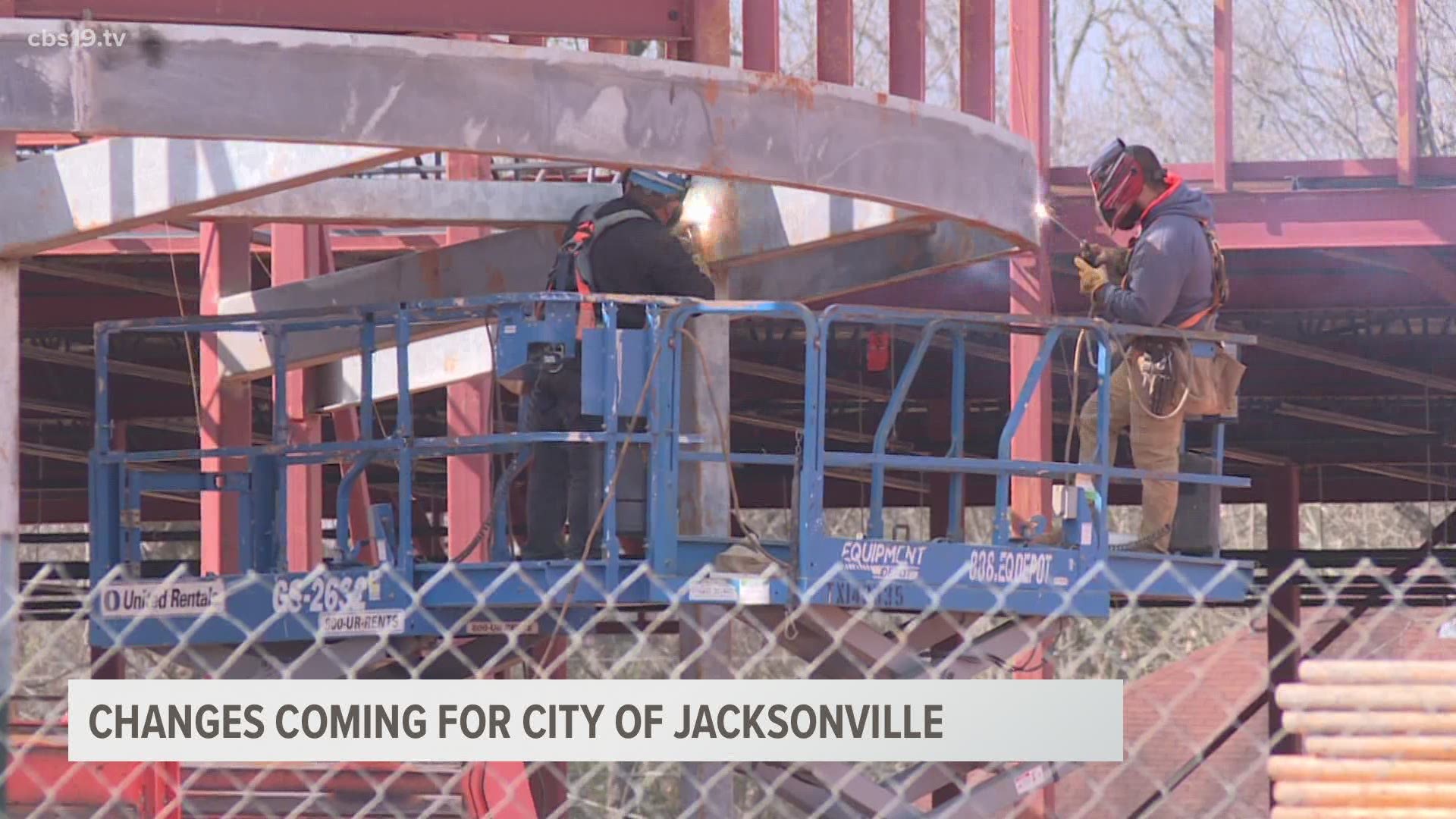 JACKSONVILLE, Texas — Construction can be spotted going on across the City of Jacksonville from new businesses, restaurants, to the Public Safety Complex and more.

Greg Smith, the city manager, said there are a couple of projects people can expect to see completed before the fall like the Public Safety Complex.
"We still are scheduled to finish the building this summer," said Smith. "So they have the majority of the red iron up, they’re doing a lot of flatwork."

The building will house the fire and police departments, as well as EMS and an emergency operations center.

Smith said the fire department has been in need of new facilities for some time, and the police station is also in need of improvements.

"We have trucks that can't even fit inside the fire station," Smith explained. "We’re having to put our aerial truck at our substation which is the furthest from downtown, and that’s where we primarily need our aerial."

Once the Public Safety Complex on Bolton Street is completed, the central fire station will be demolished and turned into either a green space or park. Smith said the police station will most likely be sold.

Downtown, the Norman Activity Center is undergoing renovation to become the new site for the public library after an opportunity arose to move the facility away from the highway.

"The city council and city looked at the library lot for the highest and best use and obviously, right there on the Highway 69 corridor a public library may not be the highest and best use for that piece of property," he said. "Just like the Tomato Bowl, we're reinvesting in our downtown community, so we opted to use the Norman Activity Center, which was already a city facility."

The building for the new library has already undergone some demolition and renovations are underway, Smith said once it’s finished the public will have a larger space to browse. It’s anticipated to open in the spring.

Along Highway 69 where the library once was, a Chick-fil-A is being built and will be opening soon.

Smith said there are more projects in the works for Jacksonville this year though. The city has received a grant for half a million dollars worth of sidewalk renovations.

"It is a targeted area, it’s going to start on Bolton Street and end south on Commerce," he explained. "We're going to go as far down Commerce as we can and then back over to Rusk Street, which is one block from Highway 79."

The city is also awaiting final approval from the state for a grant to improve and increase boating access ramps at Lake Jacksonville.