How much of an impact does the vape flavor ban really have?

Earlier this month the FDA announced a ban on products with pre-filled fruit and mint flavored cartridges or pods. 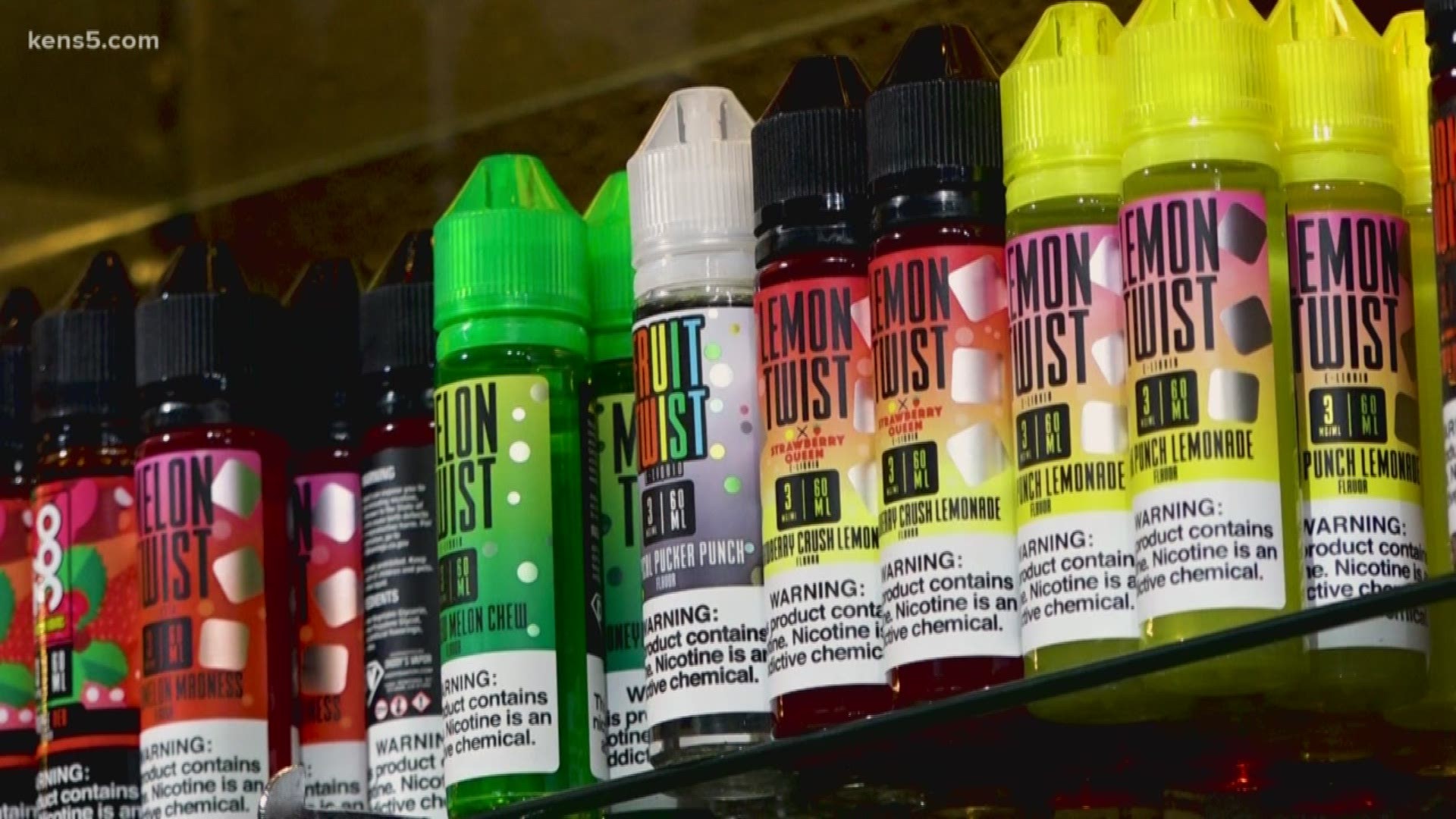 They say supply creates its own demand, at Hazel Sky Vape Shop, that's no different.

"There will always be a want and we'll always be able to fill that need," Brandon Berube, the general manager of Hazel Sky, said.

Just a few months ago, hundreds of people were being hospitalized across the country with vape-related illnesses. Shops everywhere took a hit, including Berube's.

"I would dare say we lost about 30% of our sales at the moment."

It's that moment that prompted the FDA to consider new regulations when it comes to vaping products.

Earlier this month, the agency announced a ban on products with pre-filled fruit and mint flavored cartridges or pods, products the FDA says are often popular with teens.

But according to Berube, those products only count for a small percentage of their inventory.

Just 5% of the products in this store will be banned at the end of the month because tank-based liquids take a majority of their shelves and their sales.

"Yup, I'd probably give it a good 75% of sales are tank-based liquids versus the pod styles," Berube added. "Pod styles have slowed down as of late since the whole vaping illness situation."

So will more regulation come down? Here in San Antonio - probably not.

Back in September, the city confirmed they were exploring the idea of a flavor vape ban but were waiting for the FDA's recommendation.

Over the phone on Monday, Metro Health told KENS 5 they don't plan on taking any more action towards banning flavored vapes but will instead turn their efforts towards educating kids on the dangers of vaping something scientists are still learning about it.