The standoff occurred at the Econo Lodge Inn & Suites, located at 2631 West Northwest Loop 323, near the intersection of the loop and U.S. 69. 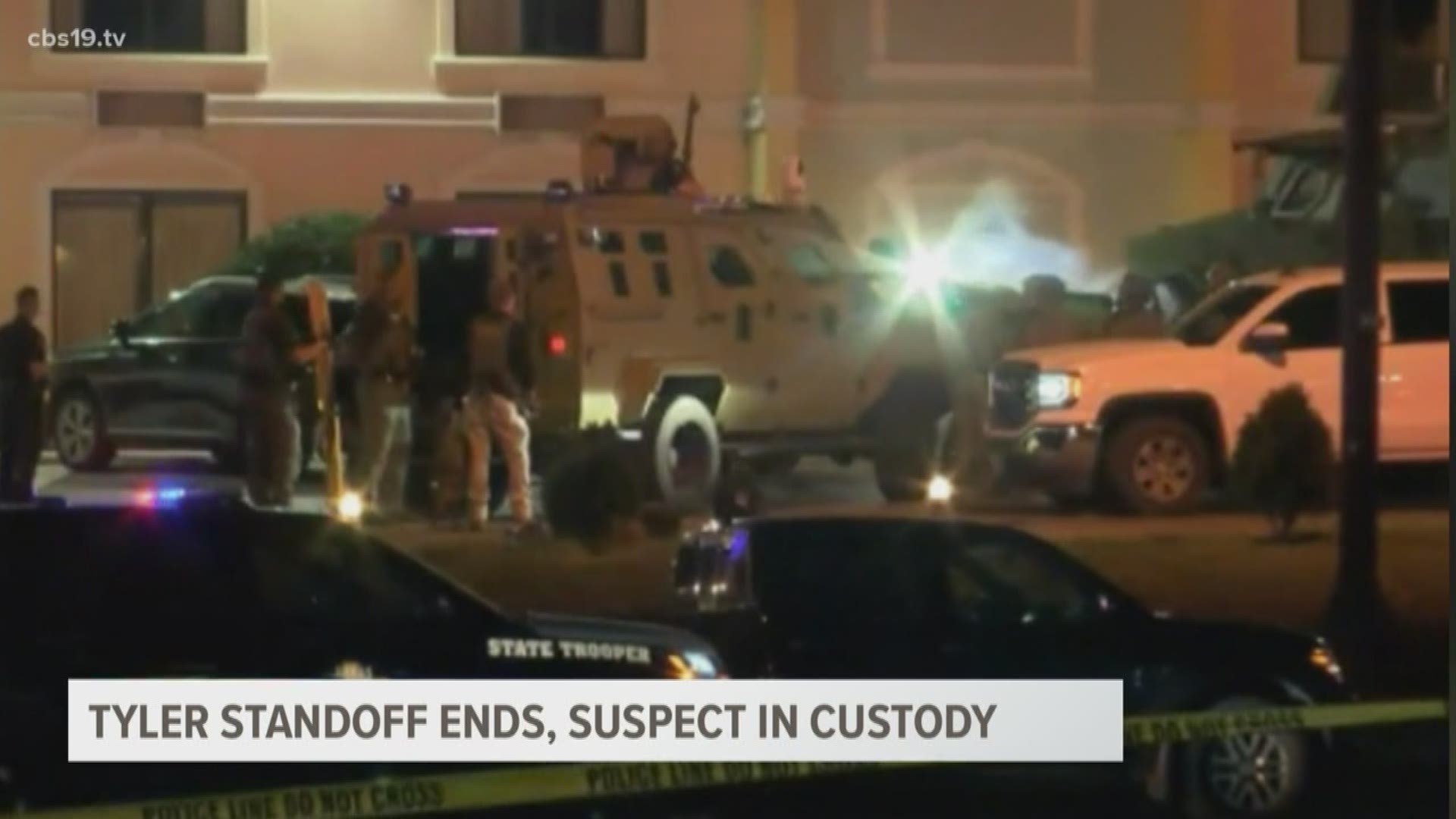 TYLER, Texas — Authorities have released the name of the man who was arrested following an hours-long standoff in North Tyler on Tuesday.

According to Smith County Sheriff Larry Smith, the man has been identified as 35-year-old Nasir Saleh-Saad Jabr.

The Smith County Sheriff's Office says Jabr, who was driving a black truck, had a warrant out for his arrest. Deputies attempted to stop his vehicle when he pulled into the motel's parking lot.

A woman, who is believed to be Jabr's girlfriend, got out of the truck and was detained by authorities. However, the man refused and locked himself in the vehicle.

The SCSO says they were made aware that Jabr was armed with a handgun. Authorities set up a perimeter around the truck and removed anyone near the scene.

Officials also blocked off Loop 323 from Corporate Drive to West Gentry Parkway to prevent traffic from traveling through the area. Drones were deployed to monitor him while in the vehicle.

For several hours, negotiators talked to Jabr to bring the situation to a peaceful end. However, after negotiations seemed to break down, authorities decided to neutralize the situation as quick as possible.

According to the SCSO, at around 6:30 p.m., SWAT officers broke the window of the Jabr's vehicle and used a flash bang grenade to disorient him.

“We were afraid that he was going to try to commit suicide," said SCSO Public Information Officer Deputy Larry Christian. "We don't want that to happen. And obviously, at that time we, we felt that the communication was breaking down with him. And it was time to take action and get him out."

Quickly, authorities removed Jabr from the truck took him into custody. He was taken to the hospital for treatment. Afterwards, he was placed into the custody of the Smith County Jail on a parole violation charge.

Other charges in this case are pending. 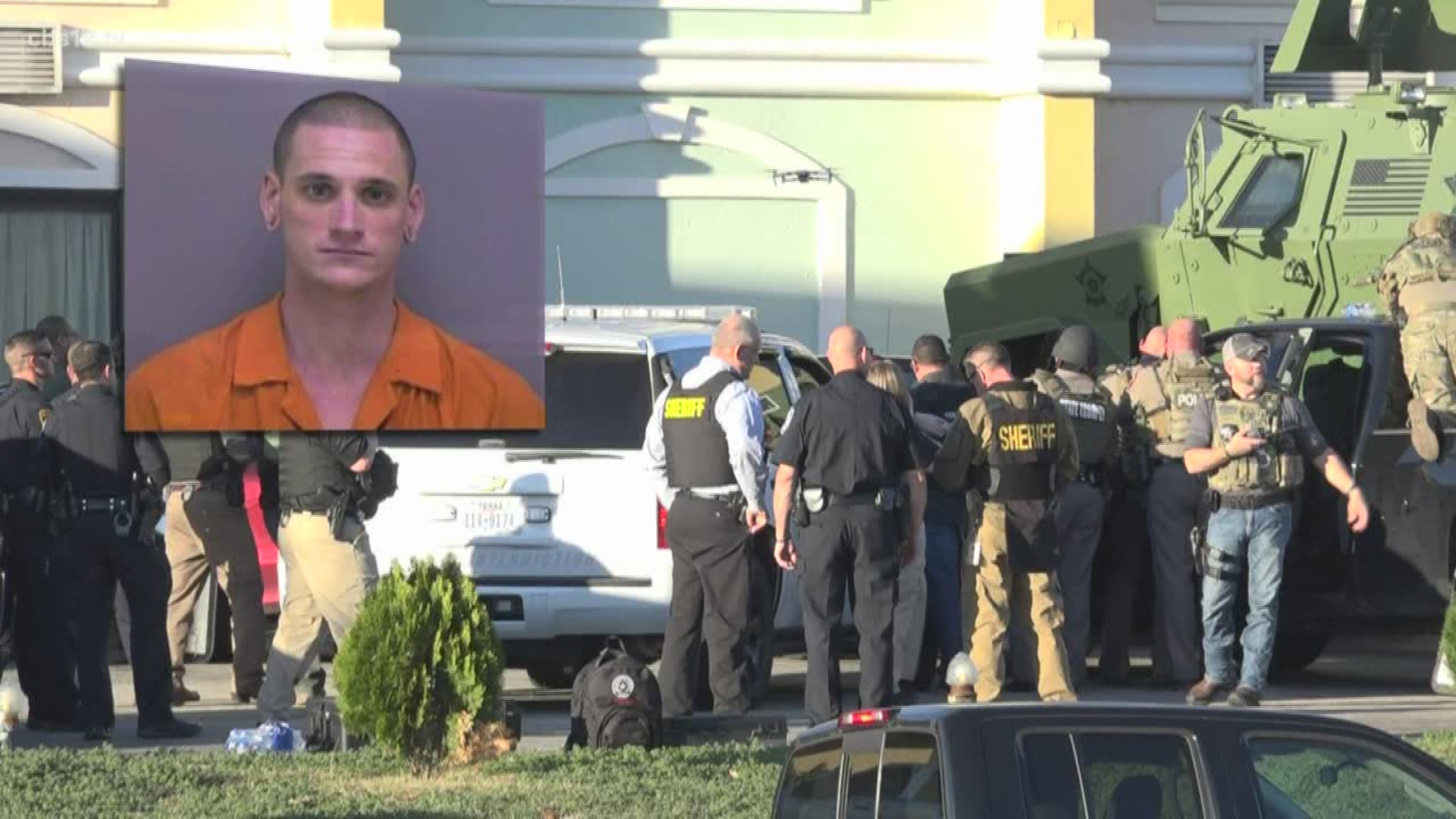