After spending more than nine months serving in Kuwait, Cody Reel returned home to meet his daughter for the first time. 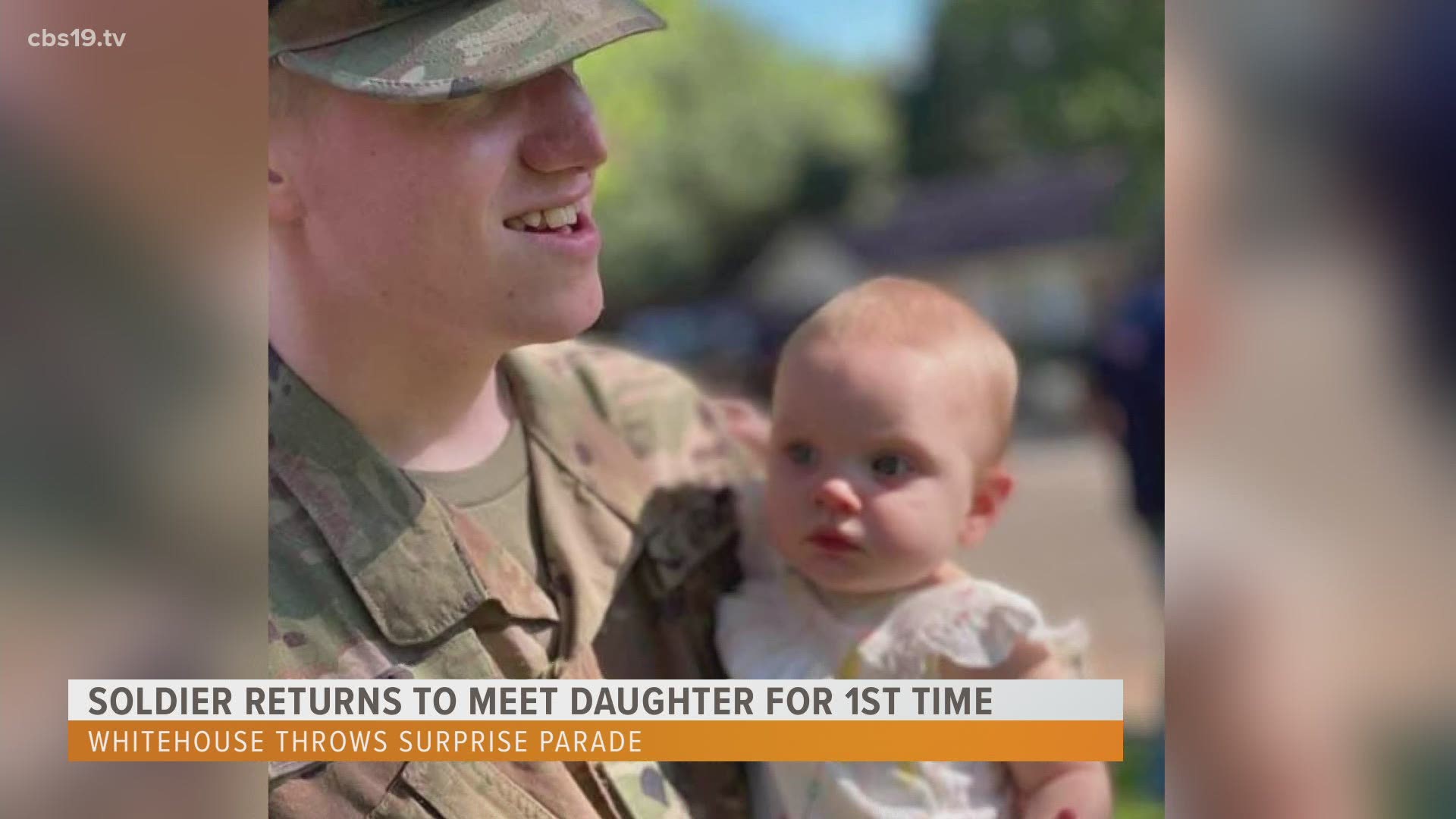 WHITEHOUSE, Texas — Delivery rooms during COVID-19 often have few family members in them, but that’s not what separated an East Texas dad from seeing his daughter for the first time.

Cody Reel recently returned home to Whitehouse on August 18, after spending more than nine months serving overseas in Kuwait. When he got home, there was a special surprise waiting for him.

“I didn't know that the fire department and police were coming out, I just thought it was going to be a couple bikers," said Reel.

The town he was born and raised in threw a welcome home parade, but the most special moment came at the end. After nine months of being overseas, and six months since his daughter Skyler’s arrival, he finally got to hold her for the first time.

“I saw her," Reel said. "My mom was holding her when I came around the camera and the vehicle, she was holding her and I just hugged them both with the biggest hug I could give."

Skylar was born in February, while Cody was in Kuwait. He would spend the next six months calling to see how she was. That’s until he was told he could return home in August.

All that stood the he and his daughter was a 27- hour plane ride. After quarantine for 14 days in Fort Hood, he was headed home to see his daughter.

“I was like, oh, like, in my mind. I'm like, Oh, I can't believe I made that. She's so cute," Reel said. "She just took my heart right there. All my stress. My 10 months of stress just went away. It was the biggest weight off my shoulders, Deborah just just giving them a hug.”