Antonio Onofre is already a 4-and-a-half star kicking recruit, but he believes he can do better. 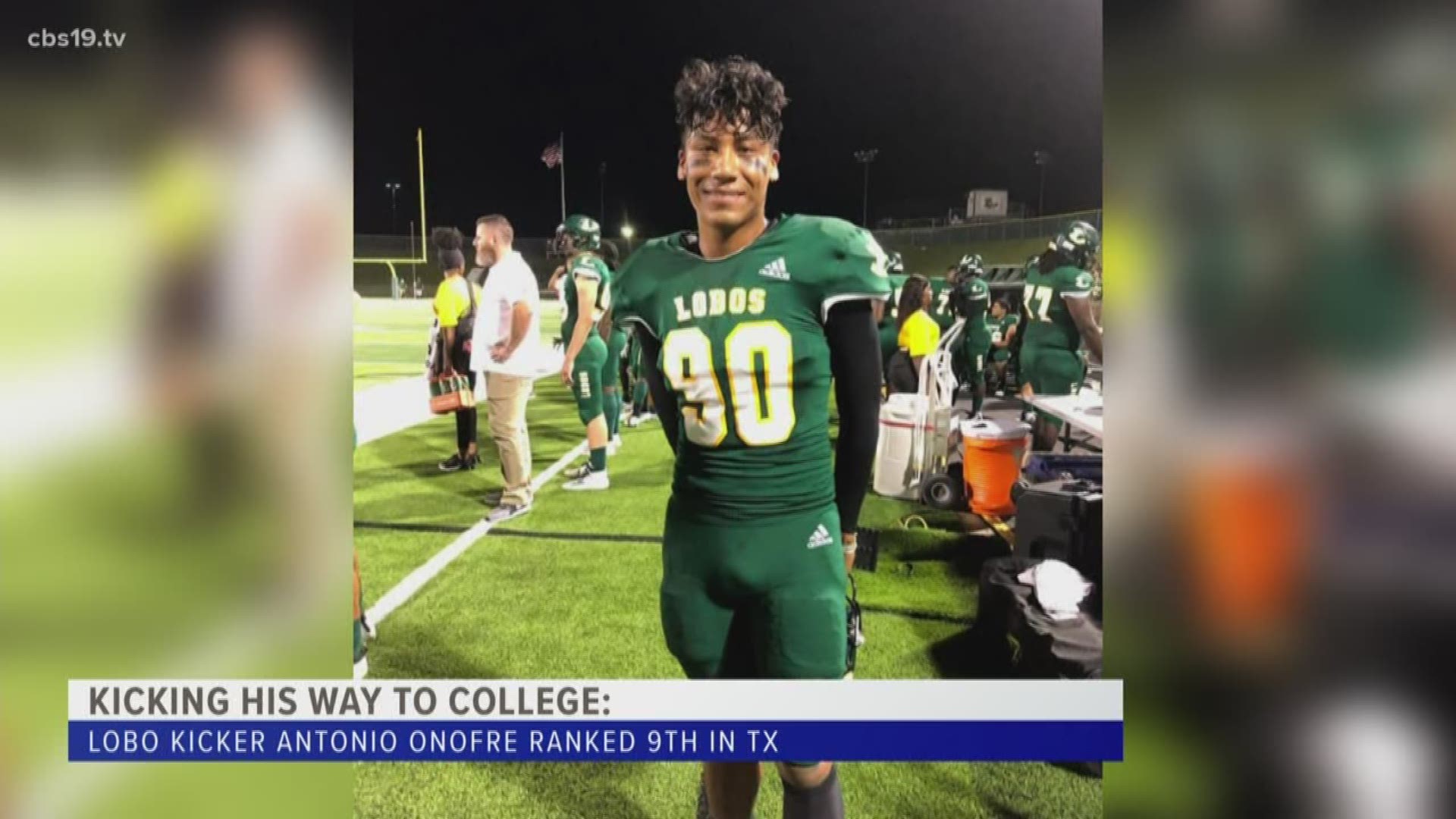 LONGVIEW, Texas — While the high school football season may be over, the grind is not stopping for players like Longview Lobos kicker Antonio Onofre

Onofre is working hard to improve his standing as a kicking recruit.

According to one of the most highly regarded kicking recruit ranking organizations, Onofre is good enough to draw interest from smaller Division I programs. However, he thinks he can do better.

Onofre will have another chance to improve his ranking this coming Saturday at a kicking recruitment camp. Onofre says his kicking career began as a soccer player before he was asked to join the football team.

“Freshman year I was in soccer and Coach Carpenter went in there and asked me if I wanted to kick," Onofre remembered. "I didn't like it at first because I was doing bad."

As he continued to get better, Onofre says the connection he shared with his teammates is what really got him hooked.

“What made me want to get better was really liking the family of the Lobos,” Onofre explained.

After a few years behind the kicking tee, Onofre worked his way to becoming ranked as the 9th best kicker in Texas, along with a 4-and-a-half star rating he earned at the widely respected Chris Sailer Kicking camp.

Onofre will participate in another Chris Sailer camp this weekend in Las Vegas, where he will have another chance to improve his rating.

“I'm trying to get my fifth star. I wasn’t I wasn't as good on my punts when I went to my last camp when I got that four-and-a-half [stars]. So now that I'm a lot better and consistent on my field goals and kickoffs, I'm pretty sure I'll get my fifth star and put my ranking higher,” Onofre explained. “If you get a good ranking and a good name for yourself in the Chris Sailer [camps], then you'll have good schools looking at you.”

These trips out west are not cheap, and Onofre has begun raising funds through Venmo to help mitigate the costs.

“There's a need to pay for the hotel a little bit and like food, food and stuff,” Onofre said.

Should he shine in Vegas, he will have the opportunity to show off his skills at a camp in Sacramento, California this summer.

“It's called Top Gun," Onofre said. "I don't know exactly when but it's to get you into the Adidas All American game."

If you would like to make a donation, you can via Venmo @Linda-Onofre.