Alyson says fertility struggles and infant loss are often kept in the dark. With the Love For Lila Foundation, she hopes to connect with other women. 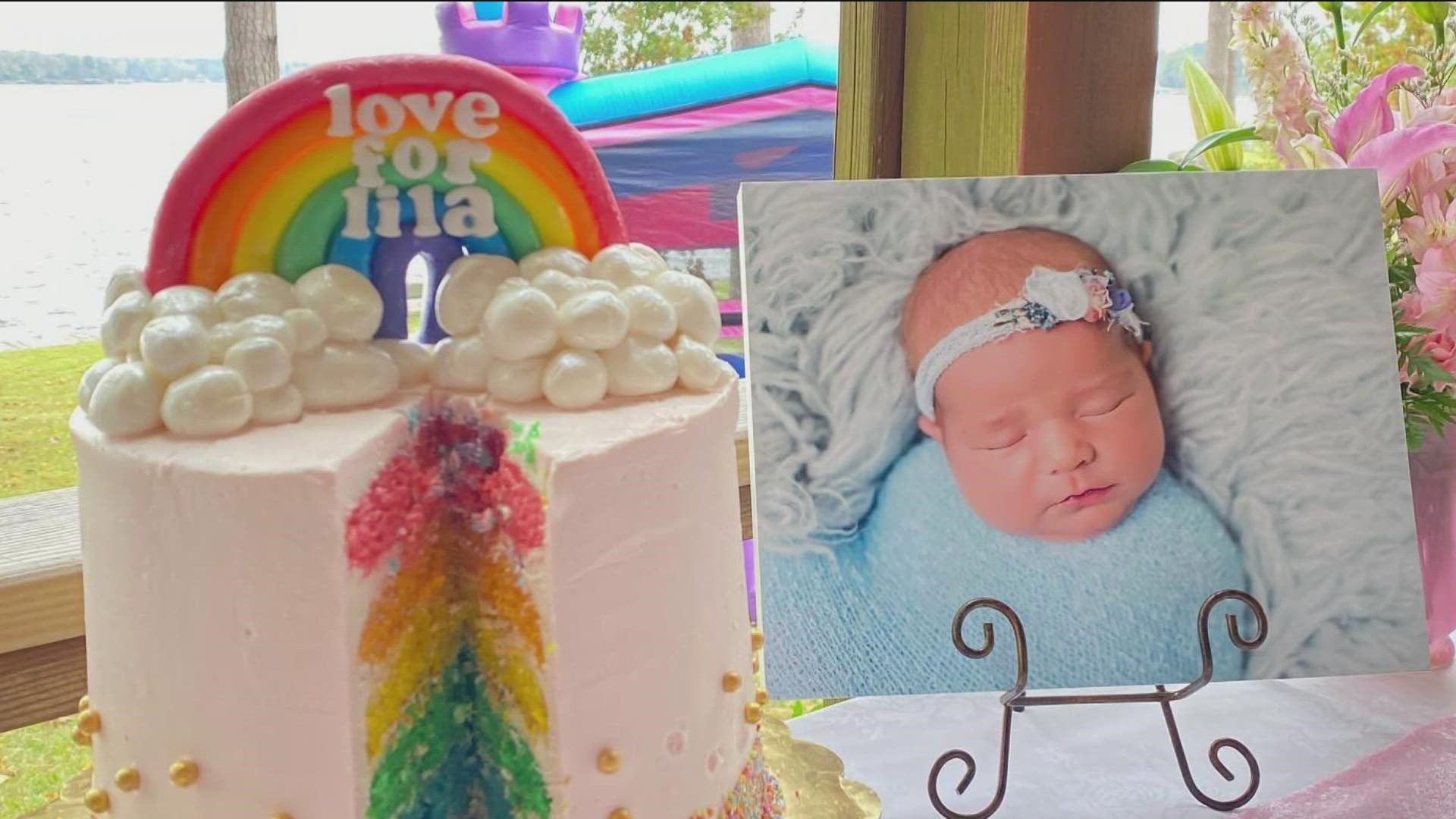 TYLER, Texas — An East Texas family created a foundation to help others in their community start their own family after losing their daughter two months after she was born.

Lila Kipp was born Nov. 11, 2019. She passed away unexpectedly Jan. 18, 2020 in her sleep. Lila's mother, Alyson found her. She recalls her and her husband, Chris doing everything they could "in that moment of panic, but she was already gone."

The days after Lila's passing, Alyson recalls it raining every day until her funeral. "There was a giant rainbow that covered almost all of the town," says Kipp. That's where the rainbow on the Love For Lila Foundation logo stems from.

The loss of her daughter caused Alyson to battle depression, "I didn't want to get out of bed. I could've stayed in bed for days, weeks," says Kipp, but her oldest daughter Merritt kept her going. Kipp says Merritt was the light her and her husband needed to get through.

Once the family decided they were ready to expand their family again, they looked into adoption, but the cost to adopt made it difficult. Alyson's sister created "Love for Lila" shirts and suggested fundraising to help cover the cost of adoption.

Less than a year after Lila's passing, the couple found out they were pregnant with their son, Townes. Alyson says her and her husband were overjoyed, but she "couldn't get over the fact that I was carrying another child, but still wanted Lila back."

Lila's name lives on with Love For Lila Foundation, which raises money to help other families start their own through adoption or fertility treatments.

"I don't get the school programs, school pictures, and birthday parties," says Kipp, but this proud parent moment is "over the top" for Alyson.

Alyson recalls one mother in particular who lost her daughter eight days before Lila did. They met almost a year later and connected. Now friends, the mother told her about her new adopted baby boy. Alyson and Chris were able to give her Lila's nursery furniture and help in Lila's name.

Alyson says fertility struggles and infant loss are often kept in the dark. With the Love For Lila Foundation, she hopes to connect with other women — from one mom to another.

"It turns out to be this connection and community of women that can come together, grieve together, rejoice over our children together," Alyson said.

The foundation is also partnering with Hannah's House Maternity Home, a faith-based organization that assists moms looking to give their child up for adoption, to raise money and honor Lila.