The case is still under investigation. 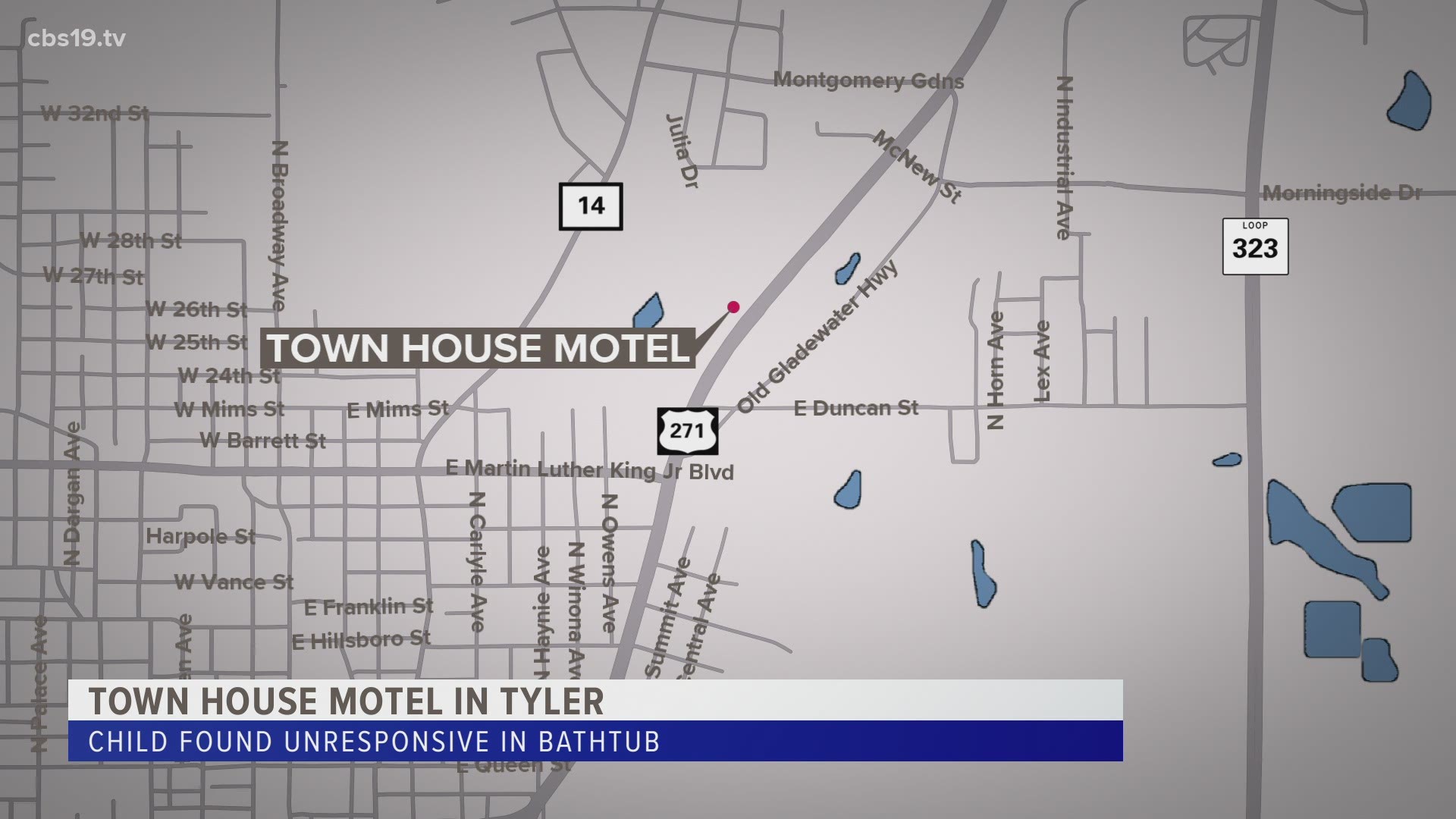 TYLER, Texas — The Tyler Police Department says a child who was found unresponsive in a motel bathroom on Thursday, April 15, has died.

On that day, around 5 p.m., police responded to the Town House Motel located at 2420 E. Gentry Pkwy. on reports of a 6-year-old child found unresponsive in a bathtub in one of the rooms.

The child was taken to a Tyler hospital before being flown to Dallas Children's Hospital.

On Tuesday, the child was removed from life support and died shortly after. His body will stay in Dallas for autopsy.

The is still under investigation.