The petition was created on Change.org on Monday with the goal to gather 2,500 signatures.
Author: LaDyrian Cole
Published: 7:40 PM CDT July 11, 2019

ATHENS, Texas — Nearly 2,000 people have signed an online petition created in support of the Athens ISD bus driver involved in the fatal train-bus collision that happened on January 25.

The petition was created on Monday in support of 78-year-old John Stevens demanding the Henderson County District Attorney to drop the existing criminal charges against him.

"With any tragedy, we seek a place to lay blame, this is one of those tragedies," Athens resident Catherine Hollis wrote. "The loss of the young boys' life was tragic, many of us shed tears for him, for his family, however, every report shows that the driver followed the law. We want these charges dropped and the crossing changed."

Last week, Stevens pleaded not guilty during an arraignment for the charges of criminally negligent homicide and injury to a child in connection to the crash. Even then, a conversation sparked on social media about if Stevens should have his day in court or if other entities should take responsibility in the accident.

On the petition, many residents in the area where the crash took place, wrote about the safety hazards of the railroad crossing that remains.

"I have gone over this crossing many times and I know it's dangerous," resident Cynthia Smith wrote. "It was a horrible accident that could have been prevented with lights and a crossing guard. The man should not be charged." 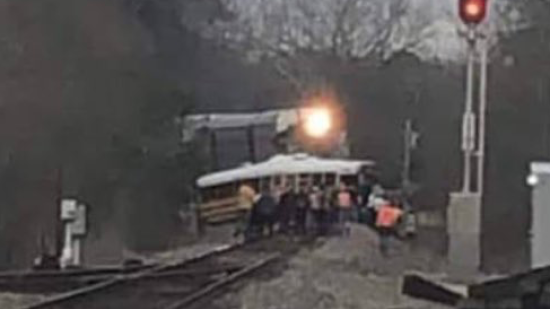 Sign the Petition
With any tragedy, we seek a place to lay blame, this is one of those tragedies. Those of us in the area have seen these tracks, the curve that is impossible to see around, there are no signals, we have feared this crossing, many avoid it.

Another petitioner, Amanda Peters seconds that concern by writing, "it was not the bus driver's fault. That intersection is a death trap!"

Then, there are those who simply signed as a show of compassion to Stevens, saying he has gone through enough.

"I believe it was an accident and nothing criminal on the driver's part," Pam Garrett wrote. "He will punish himself more than anyone ever could. God bless all affected by this tragedy."

The petition has a goal of 2,500 signatures, which is close to reaching.

Henderson County District Attorney, Mark Hall is aware of the petition and says the following in a statement to CBS19:

“While I understand and appreciate the compassion and concern of so many in support of Mr. Stevens, our system of justice cannot operate on anything other than the fair and equal treatment of all who come before it. It must not be driven by popular opinion or simply because a particular person has come within its reach.

The time-tested and venerated adage that “Justice is Blind” means that those whose duty it is to uphold the law cannot be a “respecter of persons”. While facts, circumstances and the elements of a particular offense drive the prosecution of all criminal cases, our legal system also takes into account the background and mitigating factors of the individual charged. This case will be treated the same, and proceed like any other.”

According to an investigation by the Federal Railroad Administration, the Union Pacific crew reported the bus did stop at the railroad crossing. However, Stevens continued across the tracks and the school bus was struck by the locomotive. A previous report by Union Pacific said the train's horn blasted moments before the impact.

Christopher Bonilla, 13, died as a result of the crash. Joselyne Torres, 9, was seriously injured but has since recovered and released.

The FRA concluded Stevens' 'inattentiveness' caused the collision. The train was traveling at about 40 miles per hour, carrying 54 cars weighing nearly 5,000 tons when it t-boned the bus.

Stevens is due back in court on September 12.